I wanted to make a start on Friday 10th Feb as I had taken a few dasy holiday. However the temperature in the garage was below zero, and the epoxy used to join the planks of wood together must be at 15c or above or it will not cure properly.

The first job was to join the main planks together, to make the sides of the canoe. They arrive precut to 8ft and need the ends joined to make the full length of the sides, 15ft. So Diane being the sport she is said I could do it on the kitchen floor! 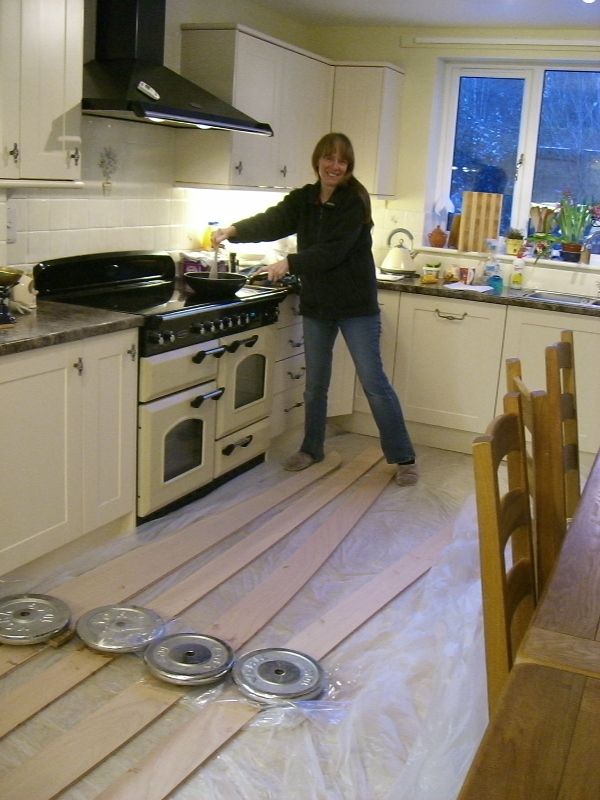 The study became the epoxy mixing station. The weights are used to clamp the joints together while they cure. The next morning the joints look just fine: 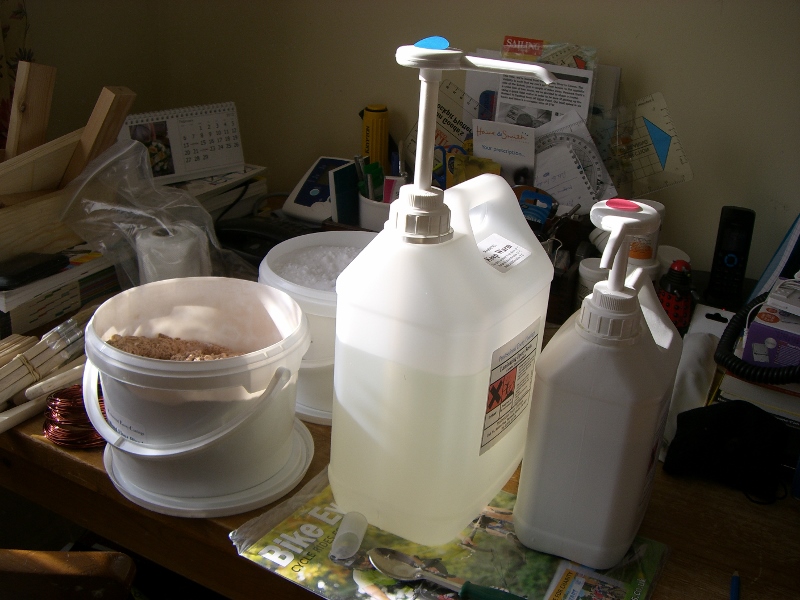 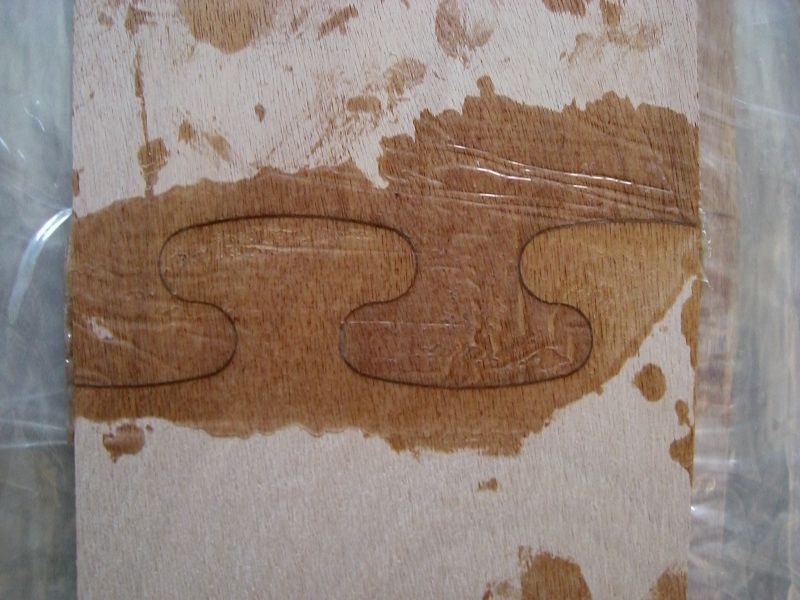 However quite a lot of surplus resin to sand off. But at least it all worked. So now off to finally clear the garage and get it ready for the next bit, stitching the planks together

Saturday night I had nightmares about sanding epoxy off the joints I had made. In my dreams it just went on and on and on! Luckily in a lucid moment at 4am I remembered one of the guys at the boat buildling school talking about using a very sharp plane to removes epoxy. So armed with my £16 ebay jack plane that I have spend about 2 hours honing down and getting rid of the lumps out the blade and then putting a good edge on it, I set to to work. Thank you Will for teaching me how to sharpen tools, the day spend doing this was really worthwhile. I won't say it was simple but it was a lot simpler that I thought it would be during the earlier nightmares! 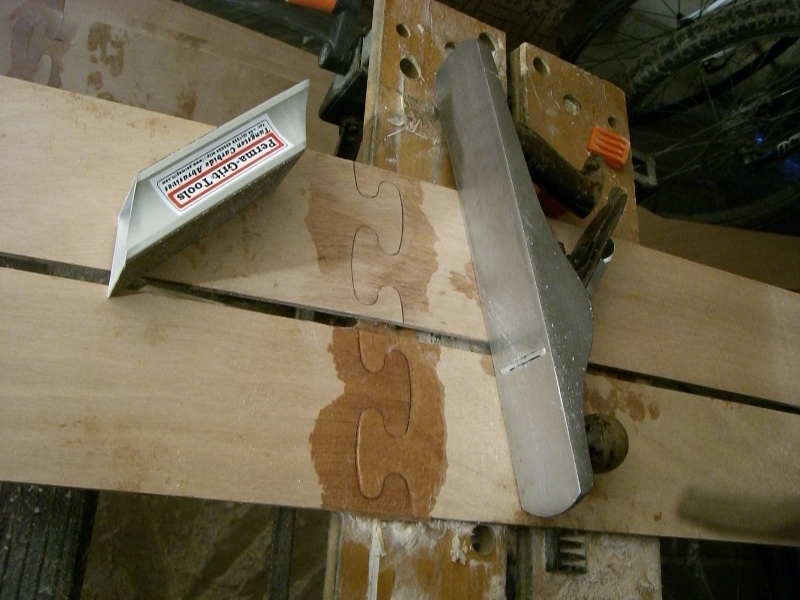 Having cleaned up the wood it was now time to drill the holes in the planks and stitch them together, but for this is needed an assistant as I am told its like fighting a wayward concertina trying to stitch one of these together. So I turned the heater on and managed to entice Diane into the garage, it won't take a moment I said! 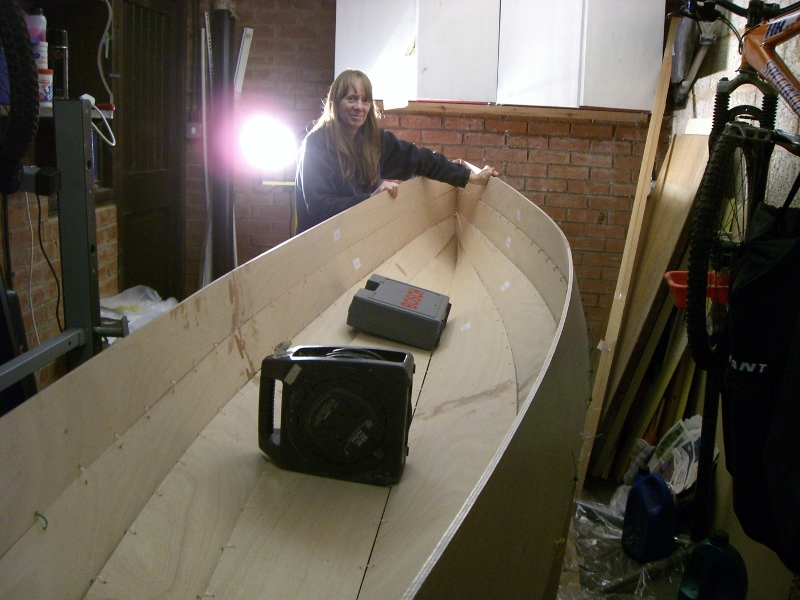 After about 3 hours of effort we managed to get the panels zip tied together. There was no shouting or short tempers, we were both learning how to wrestle with the beast and get the knack of getting the two panels close enough so I could measure where to drill the holes and get the zip tie in but not tighten it too much. Next step is to play with the panels and zip ties to get them to form the proper shape of the boat, not a bundle of wood zip tied together!

In the boat shed, Gavin Atkin

Fyne boats - where i got the kit from