Mon, June 04, 2012 It is the Queen's Diamond Jubilee, God bless her! I cannot help but remember her Silver Jubilee as my father and I were renovating an old lodge cottage in Pembury.

I was a mere slip of a child, OK, 19 years old, and had spotted this lovely old tumble down place and wanted to live in it. Yes, it was next to Kent College for Girls! My Dad decided he was going to buy it and renovate it. Fantastic times! We recovered a brick with a date of, I think, 1877 scratched on it from a chimney we removed. This was when the Lodge was originally built. We put it next to a Jubilee brick, dated 1977 my cousin got for us. We set both of them into the back of the building where we were blocking in the old backdoor to the old kitchen, soon to became my bedroom. Happy days and very happy times at Pembury Hall Lodge.

Back from the overnight stay at the wedding reception and a hearty breakfast was consumed, a good boat builders breakfast I reckon! While we were travelling back Diane started on about "why was it not finished yet" so we could have done the flippin flotilla up the Thames. What? Changing the goal post again? 16th of June is the target, no sooner, no later sweetheart! Back home and spreading the glue on the other outwale: 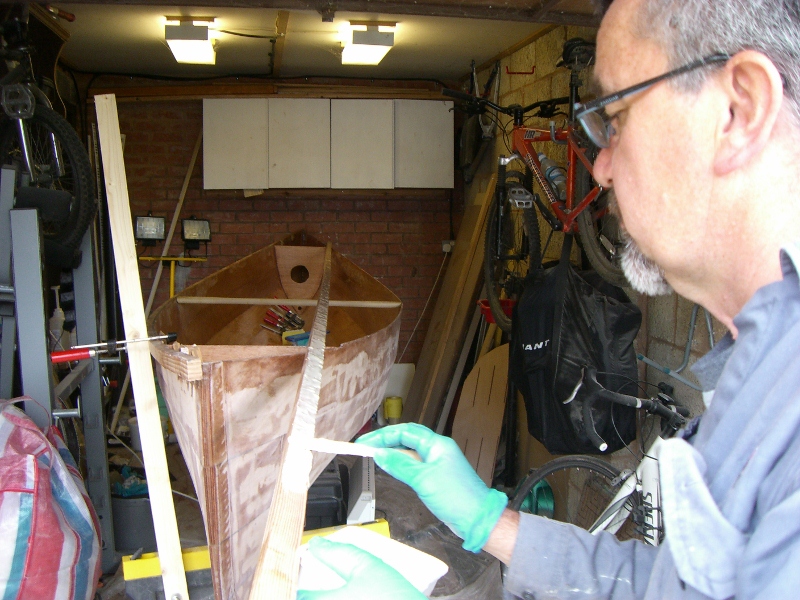 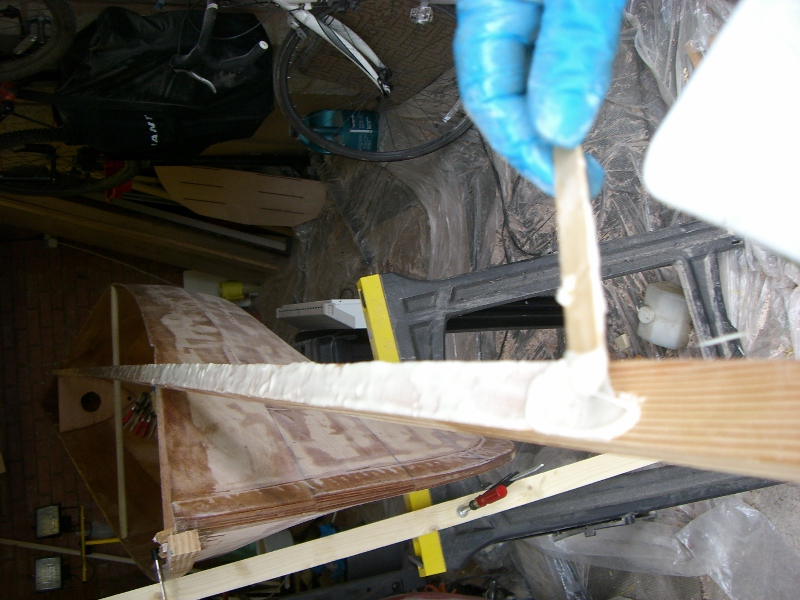 The mix of epoxy and Silica was supposed to be the thickness of lemon curd. Reminded me of the Christmas present Kat bought Diane and I. It was called "Thick Snot" or something like that and was actually lemon curd. This was supposed to me a mix that was like lemon curd, but was really like.... 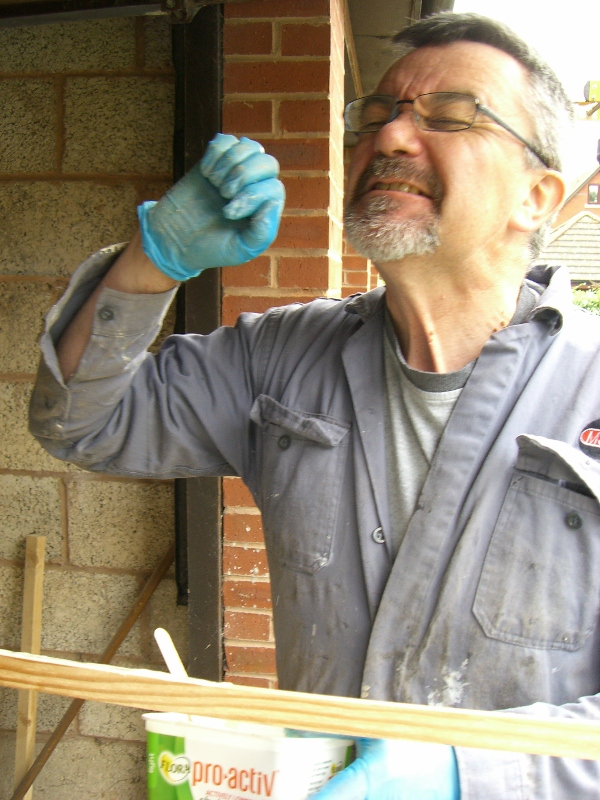 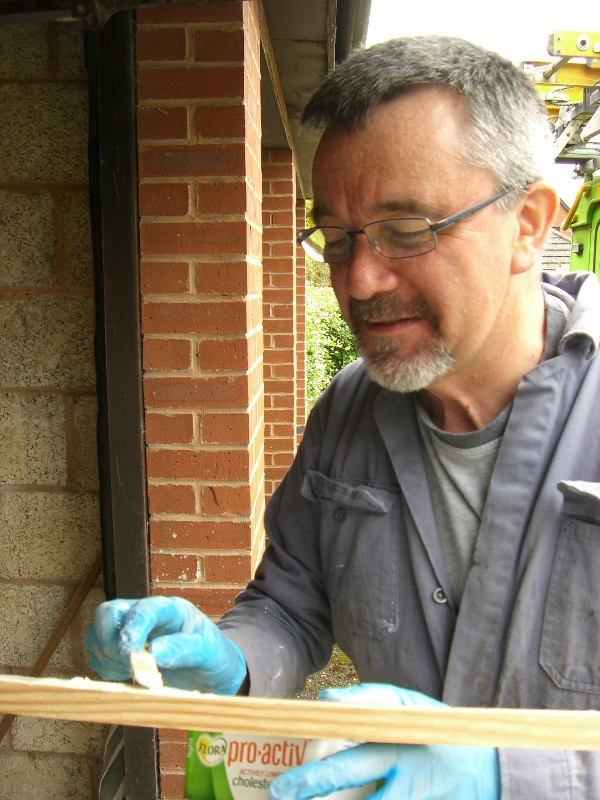 Anyway, all clamped up. And now to repair yesterdays debacle using a repair kit consisting of a syringe, brush and epoxy. After pushing as much epoxy as I could into the cracks, I clamped it up and hoped for the best. Its all clamped to a piece of wood covered in plastic tape, lets hope it works and it doesn't bond to it, or maybe i just pretend it was meant to be that way! 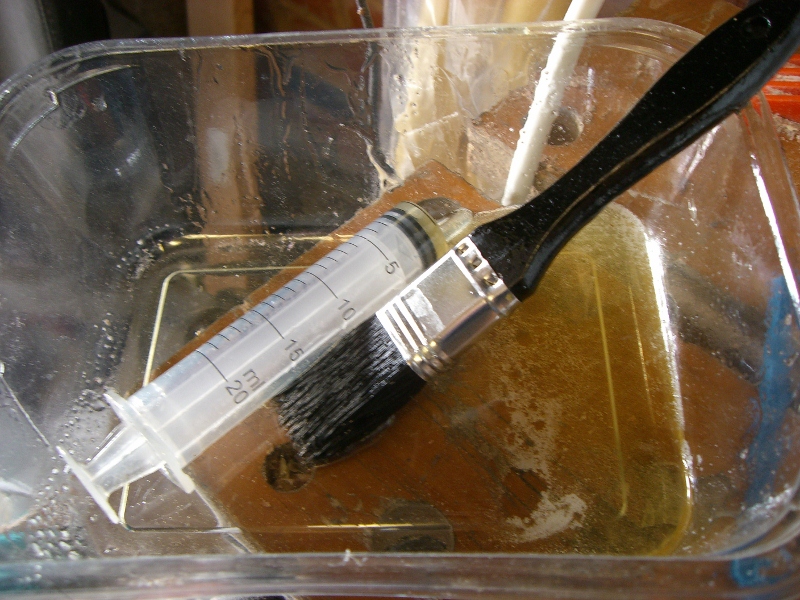 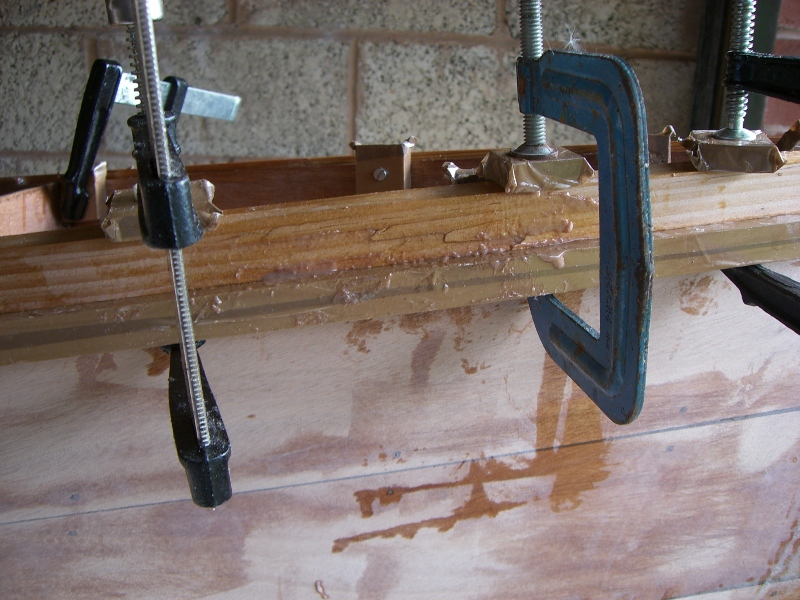 Then a bit of work on where the outwales meet. Saw the ends off and add a bit of packing, yes, I will trim the point off and round the end off tomorrow Mark! 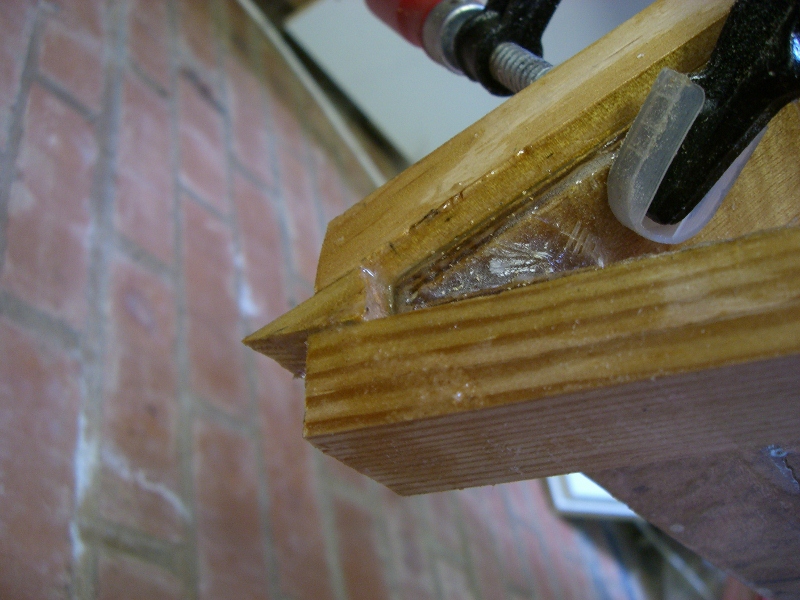 So off to celebrate the Jubilee, if only work did not get in the way! Never mind, we did see Sir Paul singing and then Charlie boy giving a really good speech, God bless em all! And God bless Phil the Greek, speedy recovery old boy, what a fantastic guy!

In the boat shed, Gavin Atkin

Fyne boats - where i got the kit from